$375,000 FOR MEDICAL MALPRACTICE – FAILURE TO DIAGNOSE 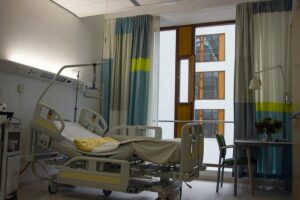 We represented the surviving widow in a medical negligence claim. Our client’s husband was hospitalized for several weeks with serious stomach pain. He was eventually transferred to another hospital, where it was discovered that he had a serious bowel obstruction that was life-threatening. At this hospital they did an emergency surgery, but it was too late, and our client’s husband tragically passed away. We filed suit against the first hospital, that treated him for several weeks, but failed to diagnose his life-threatening bowel obstruction. The defendants initially claimed that the bowel obstruction developed after he left their hospital, however, after complete discovery and many depositions, the case was settled for$375,000.  The applicable medical malpractice law capped the damages that could be recovered in the case.  The settlement gave the client most of the possible recovery allowed by law.