BWO Client Gets $250,000 for Concussion in Missouri 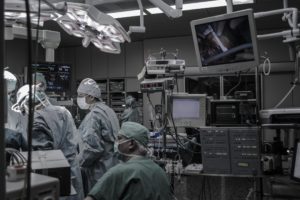 Our client was injured when a tractor trailer ran a stop sign. He swerved to avoid a collision, ran off the road, went airborne, and hit his head on the steering wheel when his vehicle impacted the ground. Initially, our client did not think he was seriously injured. He declined medical care at the scene. Later that day, he was feeling dizzy and he went to the emergency room where he was diagnosed with a mild concussion. In the months following the accident, our client suffered symptoms associated with a traumatic head injury. Before BWO got involved in the case, the trucking company at fault refused to even pay our client’s medical expenses, which were under $10,000. The trucking company claimed our client wasn’t really injured, and, if he was, his problems were caused by dementia and a stroke that pre-dated the accident. BWO invested over $25,000 in the case. We hired experts to show that our clients problems were caused by the accident – not by dementia or stroke. BWO also discovered evidence that the trucking company’s driver was not properly qualified to operate a tractor trailer, and we vigorously pursued punitive damages against the trucking company. Three weeks before trial we were able to settle the case for $250,000. BWO is happy to have successfully resolved another case for a client.