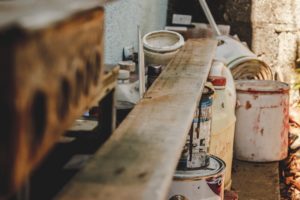 In the first instance, our client’s husband worked as a painter and drywaller for a local home remodeling company. Her husband died tragically in a car accident while driving to a painting job. BWO filed a workers’ compensation claim for death benefits for the widow.

Under Missouri workers’ compensation law, a husband or wife is entitled to receive 2/3 of their spouses’ average weekly wage for the rest of her life, when her spouse dies from injuries suffered in the course of employment. The insurance company first refused to pay benefits claiming that our client’s husband was a contractor (not an employee) and that the car accident did not happen in the course of his employment.

We are happy to report that our client will receive back benefits to the date of the accident and weekly workers’ compensation benefits going forward for the rest of her life. The benefits have a value of over $250,000. We are happy to have made a positive difference for another client!

Charles Buchanan, along with Andrew Buchanan has over 50 years of combined experience fighting for workers compensation clients in Missouri.

Workers’ settlement is a kind of insurance supplying wage replacement and medical advantages to employees injured during work in exchange for obligatory relinquishment of the employee’s right to sue their company for the tort of negligence.

Your employees’ compensation insurance claim entitles you to ongoing treatment for your injury or illness. Your employer might provide you a lump-sum settlement in exchange for your agreement to not go after any more reimbursement for clinical prices or other employees’ settlement advantages.

A workers’ comp lawyer will typically obtain in between 15% to 25% of your settlement amount, but this depends and we highly recommend speaking with an attorney.

Our client was injured when a tractor-trailer ran a stop sign. He swerved to avoid a collision, ran off the road, went airborne, and hit his head on the steering wheel when his vehicle impacted the ground. Initially, our client did not think he was seriously injured. He declined medical care at the scene. Later that day, he was feeling dizzy and he went to the emergency room where he was diagnosed with a mild concussion. In the months following the accident, our client suffered symptoms associated with a traumatic head injury.

Learn more about how we can help with traumatic brain injuries and beyond.

Before BWO got involved in the case, the trucking company at fault refused to even pay our client’s medical expenses, which were under $10,000. The trucking company claimed our client wasn’t really injured, and, if he was, his problems were caused by dementia and a stroke that pre-dated the accident.

BWO invested over $25,000 in the case. We hired experts to show that our client’s problems were caused by the accident – not by dementia or stroke. BWO also discovered evidence that the trucking company’s driver was not properly qualified to operate a tractor-trailer, and we vigorously pursued punitive damages against the trucking company. Three weeks before trial we were able to settle the case for $250,000. BWO is happy to have successfully resolved another case for a client.

A traumatic brain injury or TBI is an injury to the mind caused by an impact to the head or various other exterior force, which causes quick movement of the brain inside the skull. Therefore the brain might be torn, stretched, penetrated, wounded or come to be inflamed.

The severity can range from a light brain injury (frequently called blast) to extreme or devastating mind injury. Two dependable indicators of extent include how long the person is in a coma as well as the size of time in post-traumatic memory loss.

The Glasgow Coma Range and TBIs

An additional commonly used indicator is the Glasgow Coma Range (GCS). This range measures a person’s degree of awareness on a scale of 3-15, with 3 being the most affordable degree of consciousness. Scoring is based on spoken, electric motor and also mind-blowing responses to stimulations. Normally, a score of 13 or above on the GCS is taken into consideration a mild brain injury or blast, 9-12 as moderate as well as 8 or listed below serious.

It is hard to predict accurately exactly how far an individual will recoup after a brain injury. Some people may find that life at some point goes back to regular with just a few sticking around troubles, while others experiencing a serious mental injury will deal with many lifelong handicaps.

The brain does have a minimal ability to heal itself with usually the greatest renovations seen in the first year. Recovery looks for to take advantage of this duration when the brain is recovering, and also the effort took into recovery has a very large bearing on the level of recovery. Several of the most effective healings are from figured out people with a positive perspective who continue to apply recovery techniques long after the official process has actually ended up.