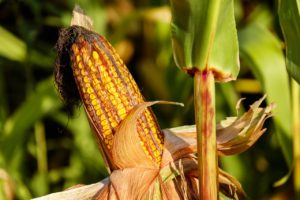 Syngenta has been sued by corn sellers over its Agrisure Viptera corn, also known as MIR 162. The lawsuits seek damages stemming from China’s rejections of shipments of U.S. crops that contained Viptera corn. Buchanan, Williams & O’Brien are personal injury lawyers in Joplin with experience fighting against big corporate interests on behalf of their clients.

For background, the case took a look at the claim by some corn farmers that they suffered losses after China turned down U.S. corn exports in 2013 because of the visibility of Viptera before Chinese approval. Complainants state the rejection disrupted profession as well as reduced asset rates, costing farmers as long as $3 billion. Syngenta says it didn’t require approval from China before releasing Viptera since the firm had U.S. approval. Syngenta agreed to negotiation in March of in 2014, bringing an end to months of lawsuits.

Syngenta Can Do Better

Syngenta is the world’s largest crop chemicals company. Syngenta AG is an international firm that creates agrochemicals and also seeds and also is based in Basel, Switzerland. As a biotechnology company, it performs genomic research study. It was developed in 2000 by the merger of Novartis Agribusiness and also Zeneca Agrochemicals.

At the time shipments were rejected, the trait was approved for planting in the United States but not for import by China, which is a major corn buyer. The lawsuits accuse Syngenta of misleading the agriculture industry about the timeline for Chinese import approval and allege that the rejections of shipments resulting from the release of Viptera caused a reduction in corn prices.

The National Grain and Feed Association has estimated China’s rejections have cost the U.S. agriculture industry at least $1 billion. As of Jan. 28, 762 lawsuits had been filed according to Syngenta’s recent SEC filing.

A Result in the Syngenta Lawsuit Case

This case was taken into consideration by the attorneys of BWO as they evaluated claims against Syngenta for losses caused to U.S. corn sellers. It turns out, their attention was well warranted. A Kansas City, Kansas judge authorized Syngenta’s $1.51 billion negotiations regarding MIR 162, Agrisure Viptera, corn. It was accepted in November 2018.

Our lawyers are devoted to securing the civil liberties of consumers, individuals and investors in the country’s leading class action and mass torts litigation. Class action lawsuits are brought by a large group of people who share a common insurance claim against a perpetrator whether a private or firm. The lawsuit group is generally composed of people dramatically harmed by the same source. These people are known as the class.

An individual that is hurt might sue in support of everybody that has actually been damaged yet it is much more typical for a person to sign up with a class action claim instead of starting an individual claim. An experienced class action attorney in Joplin will advise you on whether submitting a class action or a private legal action is best for your situation, along with the steps to require to move on and pursue a successful result.

Course activity litigation can be complicated since several various other similarly located individuals may sign up with the course and also the lawyer must show that each of them was harmed.

As a result of the number of complainants, the case itself will certainly additionally be much more challenging than a single complainant claim. The number of complete damages can be far better. In paying out the monetary honor, the amount due to each member of the class needs to be determined.

Generally, nevertheless, the work of the class action attorney is comparable to single complainant instances. The course activity attorney will certainly carry out a discovery to learn what the defendant business did or didn’t do and interview witnesses that are under a vow to level.

The class action lawyer frequently attempts to bargain a settlement and also will present the instance at trial if a settlement can not be gotten to.