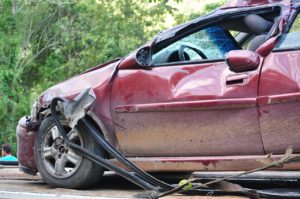 We represented our client in a Joplin lawsuit arising from a car accident on Highway 7 (now I-49) near Joplin. Our client was driving to work the morning of the accident, and she was driving the speed limit and was within her traffic lane.

The defendant was speeding and not paying attention. It is believed he had been awake the entire night and was not in an alert condition to operate his car. He rear-ended our client causing her to strike her headrest with significant force and resulting in a rebounding whiplash motion. She suffered severe injuries to her neck and low back as a result of the accident. She was unable to work for approximately two years and she underwent multiple surgeries.

Why collaborate with BWO? Our attorneys have years of experience and also understanding securing our clients’ legal rights. We are battle-tested and have a tested record of reliable million buck honors and negotiations. We’ve been in business for 40+ years due to the fact that we supply sensational personal service and regularly interact with our clients. The needs of our customers are the top priority all the time, daily. Allow us to help you now!

Missouri ranks 12th in the country for deadliest roadways, according to a new report. In a recent study, 24/7 Wall St. considered 2016 automobile crash deaths in every state to see which had the most hazardous roads.

The research study located that the states with the highest possible crash fatality rates were focused in the South. On the other side, the best states remained in the Northeast and Midwest. Car crashes eliminate more Americans age 54 and younger more than anything else. As well as over the last few years, they’ve ended up being also deadlier. The nationwide crash fatality rate in 2016 was 11.6– the greatest in a decade, the research stated. And also some states have death rates that are four times greater than others.

Auto accidents are a usual occurrence in any type of city, state, or nation. Regrettably, there is no way to entirely prevent an auto mishap from occurring, and that is simply among the disadvantages to the extremely practical transport system we, like people, have actually created.

The good news is, the roadways are becoming much safer with new safety measures being added all the time. Automakers join in the fight to protect against fatalities to motorists when they are operating their cars, and also motorists are doing extra research on finding the safest cars to drive before they make any purchases.

Almost every accident can be completely avoided.

How Our Team Won a Car Injury Settlement

The case had been handled by a different law firm for over two years. The client became unhappy that the case was not moving quickly and we took over the lawsuit. We were able to quickly request and obtain the medical records, hire experts, arrange for experts to testify, and set the case for trial.

Shortly before trial, the defendant and the insurance company decided that they would mediate the case. We were able to settle the case in mediation for $90,000, which covered our client’s lost income and medical expenses. Mediation is a conference where a moderator attempts to aid the events to a claim to endanger and resolve their distinctions so that legal action can be cleared up without going to test. Arbitration is not a hearing or an adjudication. The mediator does not determine the values of the case. Rather, the mediator assists the events to accept a compromised settlement. The moderator is neutral and is not on anybody’s side. The arbitrator mentions concerns in the case or locations of weakness and also advantages of clearing up. Nonetheless, no celebration can be forced to work out.

Motorists hurt in automobile accidents commonly have no prior experience with the legal system. Consequently, the majority of people have several questions about exactly how the process works, how long the lawsuit will take, the cost of the claim, among other points. We will maintain you educated concerning your situation and will promptly answer your inquiries. We will certainly help you comprehend your claim and feel comfy with the legal process.

The car crash attorneys at Buchanan, Williams, & O’ Brien will certainly safeguard your legal rights anywhere in Missouri, including Joplin and also Carthage. We can and also will aid if you or a loved one has been injured in a vehicle accident. Insurance business frequently rejects to take duty for their insured’s activities even where oversight is clear. Our trial-experienced and also hostile legal representatives will certainly hold the irresponsible motorist and his or her insurance company accountable as well as will assist you to acquire the payment you deserve.