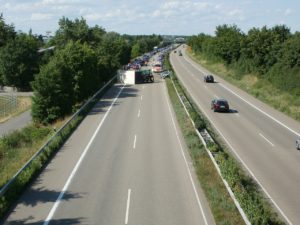 Falling debris can be a hazardous and potentially calamitous experience for anyone. Fortunately, there are solutions.

For example, Buchanan, Williams & O’Brien settled a personal injury lawsuit for an injured truck driver for $600,000.00. This client was an over-the-road truck driver who was seriously harmed when a load of electronic equipment fell out of his trailer and landed on him.

Due to falling debris, the client had injuries to his neck, low back, and knee. BWO sued the company that packaged and loaded the equipment into the trailer. The defendant company denied it was responsible and blamed the truck driver client for not securing the load and not being careful when he opened the trailer door. We hired five experts to help prove our case.

Responsibility can be difficult to prove. For one, in Missouri Workers Compensation claims, there’s a burden on the injured party to prove their work injury was the “predominant factor” in causing the medical condition and/or handicap. When medical testing offers unclear results, it can be easier for companies to push back the employees’ worker compensation claims and reject the company’s financial obligations.

Despite the complexity of pursuing a settlement for injuries that occurred due to falling debris, Buchanan, Williams, & O’Brien has a proven history of winning these cases.

The employing company may be liable for injuries caused by falling debris, regardless of how it happened, because they were injured at work in Missouri. As a consequence, that person might be owed money to cover medical care, lost wages, and more.

In order to establish negligence, he or she would have to prove a lack of respect for the safety of the others by the company. The crux of demonstrating negligence is ascertaining whether a sensible person would have been in a position to recognize the situation as dangerous or potentially harmful, and remedied it.

After taking numerous depositions and investing tens of thousands of dollars into the case for our client, we were able to settle the case for $600,000. We are very happy to have helped another injured truck driver recover the compensation he was owed.

If you are considering pursuing a job settlement for injuries from falling debris, then contact BWO today to get fair compensation.

Buchanan, Williams & O’Brien are dedicated personal injury attorneys located in Joplin who serve the entire state. The experienced attorneys at BWO have decades of winning sizeable settlements for their clients who have been injured.

Buchanan, Williams & O’Brien handle a wide variety of cases. If you’ve been injured at work, we are the right firm for your case. With a proven record of large settlements and excellent reviews, you are in good hands. 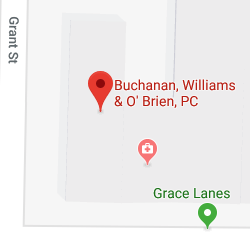 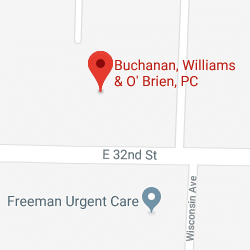 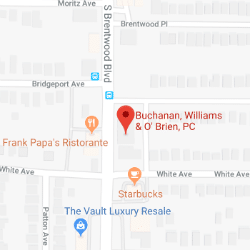